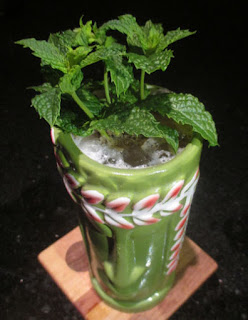 Two Fridays ago, I was in a tropical mood, and I reached for Chloe Frechette’s Easy Tiki to find a use for the orgeat batch that I had just bottled. There, I selected Kirk Estopinal’s Paradise Lost that he created at Cane & Table in New Orleans. Kirk’s recipe was inspired by the Green Isaac’s Special that Ernest Hemingway invented in Key West sometime in the 1930s, and it was mentioned in his Islands in the Stream book. Here, the gin was swapped for a mix of vodka, Fino sherry, and orgeat to resemble something more Tiki-inspired rather than a Collins. Once prepared, the Paradise Lost met the nose with a clove, allspice, cinnamon, and mint aroma. Next, a creamy lime sip slipped into a nutty and saline-savory swallow.
Tags: cocktail, lost, paradise, slut, virgin