Build in a bowl, chill with ice, and garnish with freshly grated nutmeg.

Two Thursdays ago, I was in the mood for a punch, so I reached for David Wondrich’s book on the subject. The one that caught my eye was the Bombay Government Punch based off of the classic Bombay Presidency Punch. The original was described in 1676 to involve the imbibers “besotting themselves with drunkenness… to the shame, scandall, and ruine of our nation and religion.” Wondrich adapted this formula in 2003 to a variety of rum and brandy combinations as Batavia Arrack was rather hard to source at the time. He specified 10 Cane Rum (which is now no longer produced) and a VSOP Cognac with the option of swapping the water component for cooled tea; by the time he was writing Punch, Arrack was being imported into the country once again, and he suggested it as an option instead of rum. 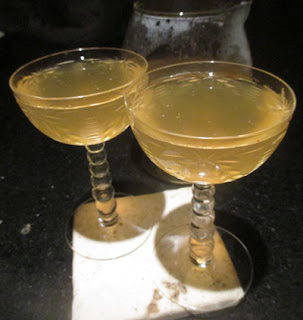