Two Mondays ago, I was feeling a tropical vibe so I opened up Matt Pietrek and Carrie Smith’s Minimalist Tiki and selected the Arkham Kula from Jason Alexander. The recipe seemed like a riff on Don the Beachcomber’s Sumatra Kula with two heavier rums instead of one light one and with the addition of cinnamon and passion fruit syrups to the mix. The passion fruit when combined with the honey reminded me of the Don’s Special Daiquiri, and the cinnamon syrup took the Sumatra Kula closer to Zombie riffs such as the Zombie at Park South. As for the name, Jason explained on Instagram that it was a reference to the fictional city in Massachusetts created by author H.P. Lovecraft that has been surmised to be Salem with elements of Danvers such as their state asylum blended in. 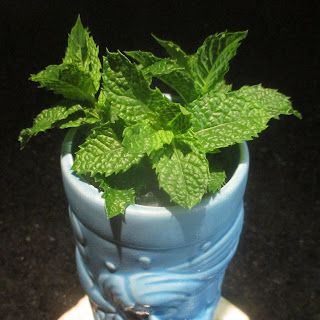 The Arkham Kula proffered a mint, passion fruit, and caramel aroma to the nose. Next, the caramel continued on into the sip to be joined by orange, honey, and lime notes, and the swallow reached out with funky rum, tropical flavors, and cinnamon spice. Indeed, the addition of rum complexity, tropical fruit elements, and spice made for a pleasing expansion of the Donn Beach original.
Tags: arkham, cocktail, kula, slut, virgin